5 HAUNTED PLACES IN PA YOU CAN VISIT TODAY Day 4

Built in 1681, the King George II Inn is the oldest continuously operating inn in the United States. The inn was in existence before the birth of the nation. And, yes, George Washington really did sleep here, as did his close friend, the Marquis de Lafayette. In its 335 years of history, the Bristol inn has always been known to weary travelers as a place to get a hearty meal, a stiff drink, and a warm bed.

With so much history in one location, it’s no surprise that there have been reports of chairs, lamps, and silverware moving around on their own, pictures flying off the wall and doors in empty rooms slamming shut. But, that’s not all people have often reported seeing the apparition of a man in a top hat, known as the dancing ghost.

Today, guests still seek out the inn for the delicious food and drink, and some leave with an experience they never expected.

Tomorrow we’ll feature another of my favorite ghostly haunts… 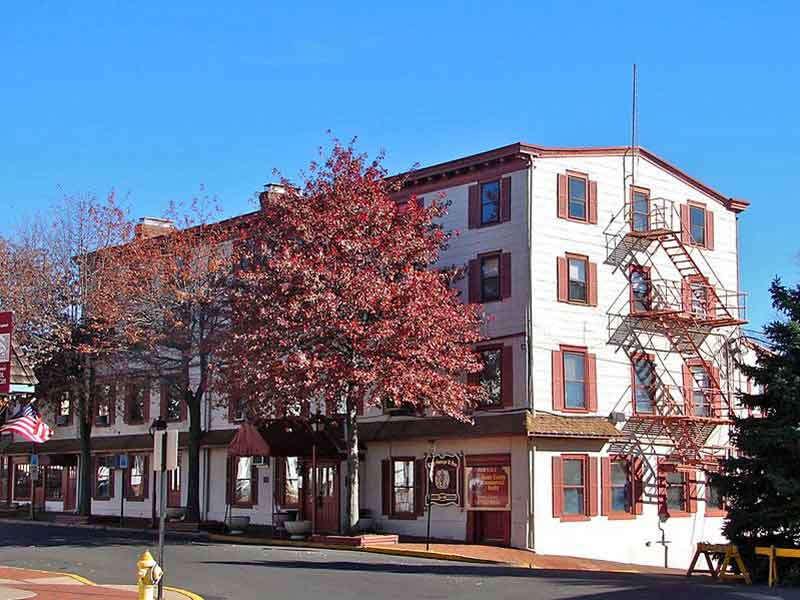