5 HAUNTED PLACES IN PA YOU CAN VISIT TODAY Day 3

Opened as the model for prisoner reform in 1829, Eastern State Penitentiary (ESP) held prisoners in solitary confinement for the duration of their sentence. The Quakers thought that strict isolation would lead prisoners to repentance. In addition, harsh punishments were inflicted on inmates like the water bath, in which inmates were dunked then hung out on a wall in winter until ice formed on the skin.

During its142 years of operation, ESP housed thousands of hard-core criminals, the most notable being Al Capone. During his incarceration at ESP, other inmates said they could hear him screaming at somebody named ‘Jimmy’ in his cell to go away and leave him alone. The prisoners assumed he was talking to the ghost of James Clark, a man who he murdered at the St. Valentine’s Day Massacre in 1929.

Though death row prisoners were taken elsewhere to be executed, many deaths occurred at Eastern State – suicide and murder among them.

Eastern State Penitentiary has been the locale of many nationally televised paranormal investigations but it is perhaps the experiences of staff and visitors to the National Historic Landmark that are most intriguing. ESP doesn’t officially claim that the site is haunted; they want guests to decide for themselves.

Though you can tour ESP throughout the year, it is their “Terror Behind The Walls” Halloween attraction that draws the largest crowds. Within the walls, visitors will find six different attractions that will surely test your courage. The haunted attraction is open through November 5th.

Tomorrow we’ll feature another of my favorite ghostly haunts… 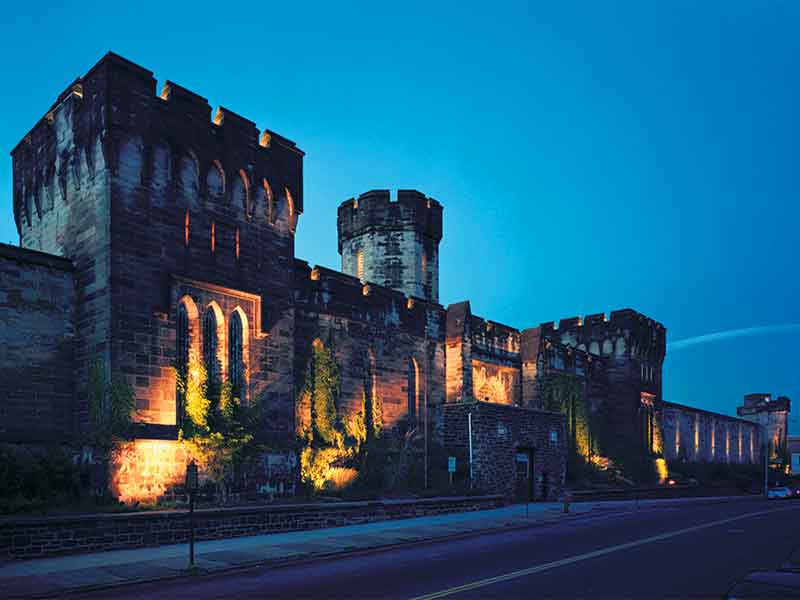