On Sunday, March 10th, join the Pennsylvania Historical and Museum Commission in celebrating the commonwealth’s 338th birthday on Charter Day. Enjoy free admission to many historic sites and museums. The  State Museum of Pennsylvania will have on display the original charter granted by King Charles II to William Penn as well as four original deeds showing the sale of lands by American Indians to William Penn and his successors between 1683 and 1789. In all, there are 33 deeds in the archives’ collection. When King Charles II granted William Penn the land, Penn received legal title to the land, but the founder insisted on paying the Indians for their land.

Participating historic sites and museums include: 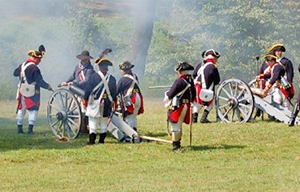 Wendy Royal is the editor of Where & When, Pennsylvania’s Travel Guide. Though she enjoys bragging about all that Pennsylvania has to offer, she is a life-long Lancaster County resident, who lives in Lititz with her husband.