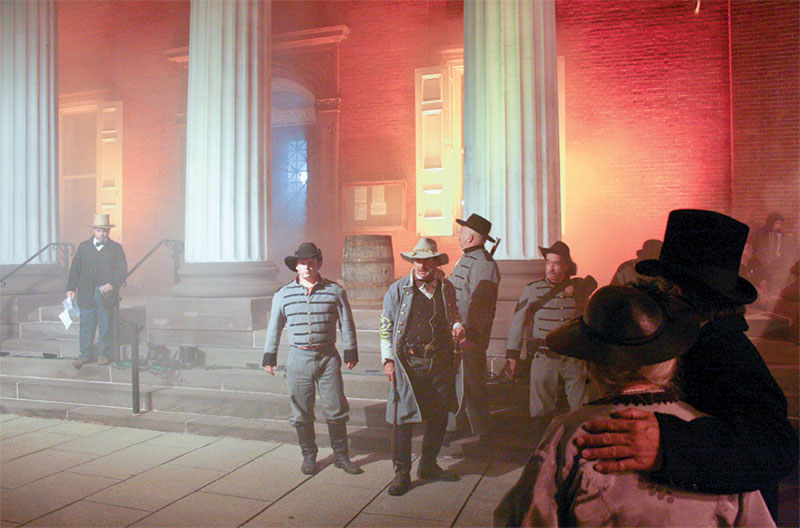 Fans of action movies who have fantasized about being right there on the set when the bombs burst in the air should make plans now to be in Chambersburg, the Franklin County seat, on Friday and Saturday, July 20 and 21. The culmination of the annual 1864 Ransoming, Burning & Rebirth of Chambersburg is a Hollywood-caliber re-enactment of the destruction of the borough by Confederate General “Tiger” John McClausland and his troops and its equally dramatic rise from the ashes.

“Had the Chambersburg residents of 1864 not decided to persevere and rebuild, we would not be commemorating the town’s rebirth,” said Franklin County Visitors Bureau (FCVB) executive director Janet Pollard. “That human spirit has continued and translates to the steady growth that the county has enjoyed.” 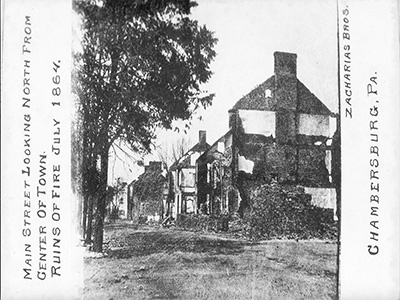 Festivities will begin just 12 miles south in Greencastle with a Civil War Ball at Allison-Antrim Museum’s German Bank Barn on Friday evening. The elegant soiree will feature the Victorian Dance Ensemble, an award-winning outfit from Camp Hill that has been the highlight of such events for more than 20 years.

On Saturday, the focus will solely be on Chambersburg, which, according to the historical record, had been ransacked by Confederate troops on numerous occasions since 1861, two years prior to the Battle of Gettysburg. According to the book “Great Invasion” by Chambersburg merchant Jacob Hoke, any remaining cash and gold had been sent east to banks in Harrisburg and Philadelphia, leaving the citizens helpless against McClausland’s demands for hundreds of thousands of dollars. 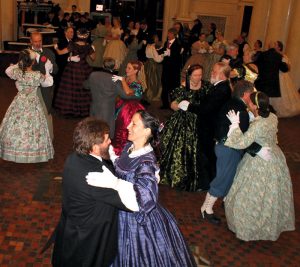 “They had few articles of trade left,” explained historian and actor Chas Rittenhouse, who portrays Hoke in the production that brings the annual celebration to its exciting close on Saturday evening. Hoke was elected by the townsfolk to diplomatically plead with McClausland to not set the town ablaze as he’d threatened. “The ransom was, in many ways, unreasonable in their minds,” Rittenhouse stated.

The antagonist is portrayed by David Shuey, who describes McClausland as part Rhett Butler and part Attila the Hun. “He was one of the shining stars of the Confederacy until he went to Chambersburg, burned the town to the ground and left thousands of people homeless.”

Rittenhouse and Shuey are professional actors who portray a number of famous characters at other events throughout the year, but Shuey will defer to Rittenhouse as the “true professional” and a cherished stage partner in Chambersburg. Along with Shuey’s wife, who contributes as a narrator and singer, another half-dozen thespians are supported by a cast of Civil War re-enactors who are spread out among the crowd to give visitors a sense of being part of the action. 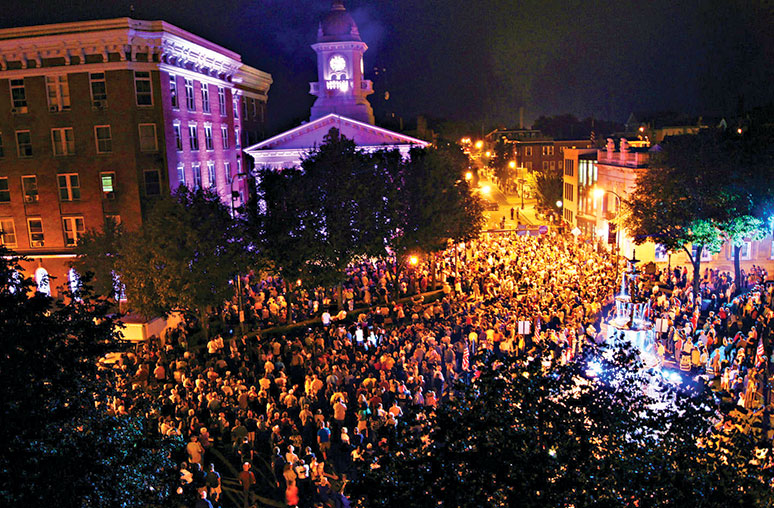 Historical accuracy and stage chemistry aside, all of those at the center of the production agree that it is the wizardry of Corey Eslinger and Eslinger Lighting that makes the Ransoming, Burning & Rebirth of Chambersburg the dynamic spectacle that keeps visitors coming back each year and bringing their friends.

“They are thrilled by the investment and the results that Janet and the FCVB have made in the special effects,” Shuey remarked. “The smoke that rolls down the rooftops and the lights that simulate the flames in the buildings are very convincing.” So much so that Shuey’s horse was spooked and did not wait for McClausland’s scripted departure one year. “You almost feel that there is heat. It is that realistic,” he said.

“It can actually be a bit startling when you hear the broken glass and the horse hooves on the ground,” Pollard concurred.

“The grandness is that a lot of citizens are there,” Rittenhouse remarked, suggesting that “the more the merrier” further enhances the event. An enormous throng of people was at Chambersburg’s center the night in July 1864 when Hoke and McClausland debated its fate. The Confederate general countered that the Union Army had been routinely burning towns in the Shenandoah Valley and made the decision that would ultimately define the borough.

“Without the fortitude of the town to pick themselves up and dust themselves off, we wouldn’t have the Pennsylvania we have today,” Pollard maintained. The enthusiastic response to the production has given Chambersburg an opportunity to tell its own amazing story and emerge from the shadows of the better-known events at Gettysburg. “As we have grown to include more people who are not native to the area, they now better understand the greater role that Franklin County played,” Pollard added. 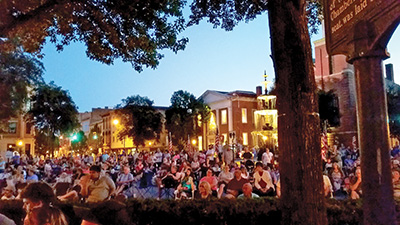 The streets of downtown Chambersburg will be closed from 9 a.m. on Saturday through the conclusion of the production, with a street fair featuring vendors and live music through 4 p.m. A contest three months in the making called A Cappella & Unplugged will culminate with live performances by three final acts vying for cash prizes on the steps of the Franklin County Courthouse.