Springtime Getaway in the Brandywine Valley 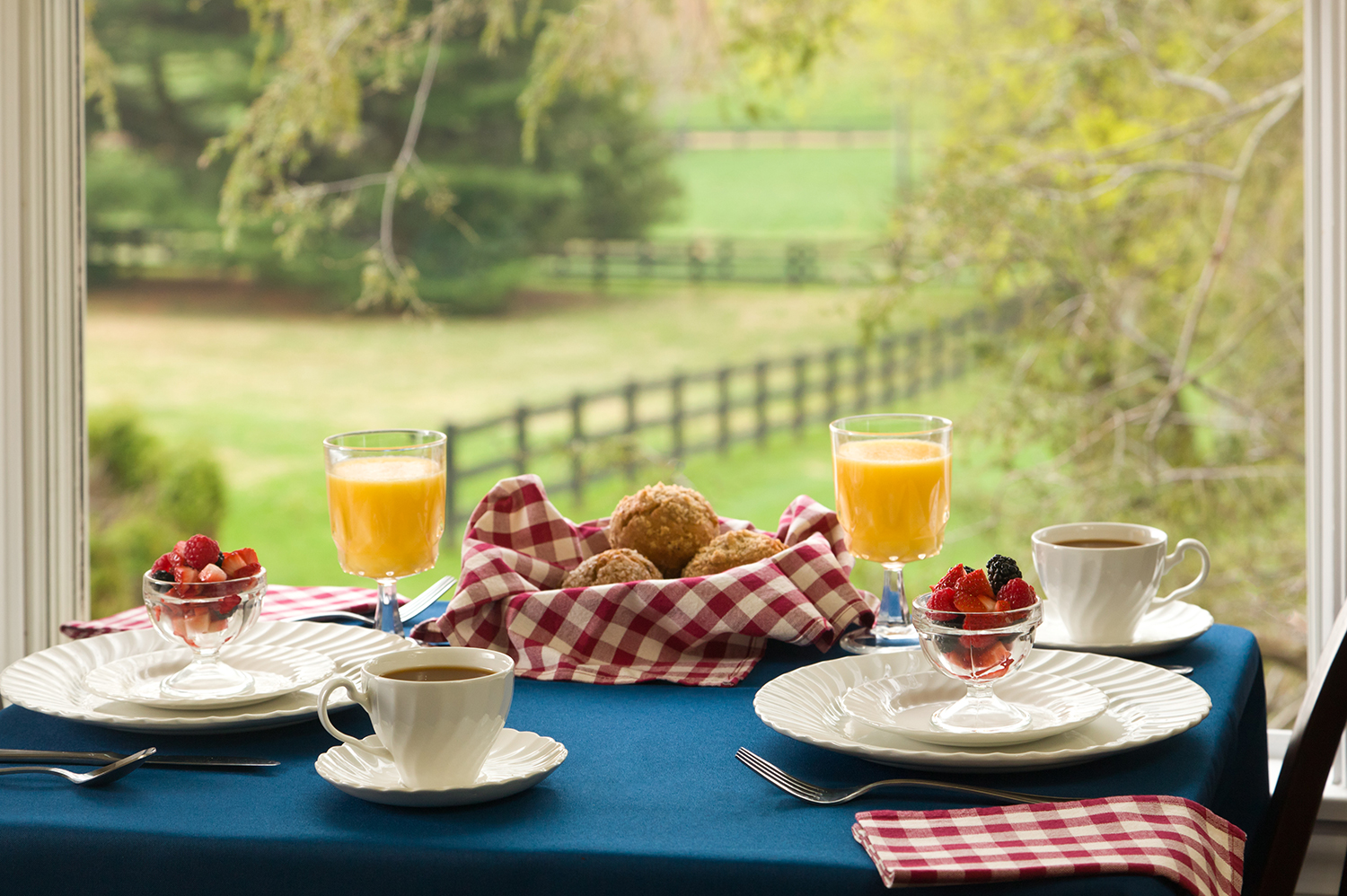 As you make your way along the winding roads of Chester County’s Brandywine Valley, you’ll have no difficulty in imagining why so many artists find inspiration in the landscape.

There is nothing cookie-cutter about this area, so the lodging on this getaway will not be, either. The Inn at Whitewing Farm is a bed-and-breakfast nestled along a quiet country road in West Chester. After 30 years in the restaurant business, innkeepers Lance and Sandy Shortt began a new adventure when they purchased the 13-acre property that is now a luxury retreat. The inn offers 10 well-appointed guestrooms, which are separated from the main house, offering privacy and comfort for guests. 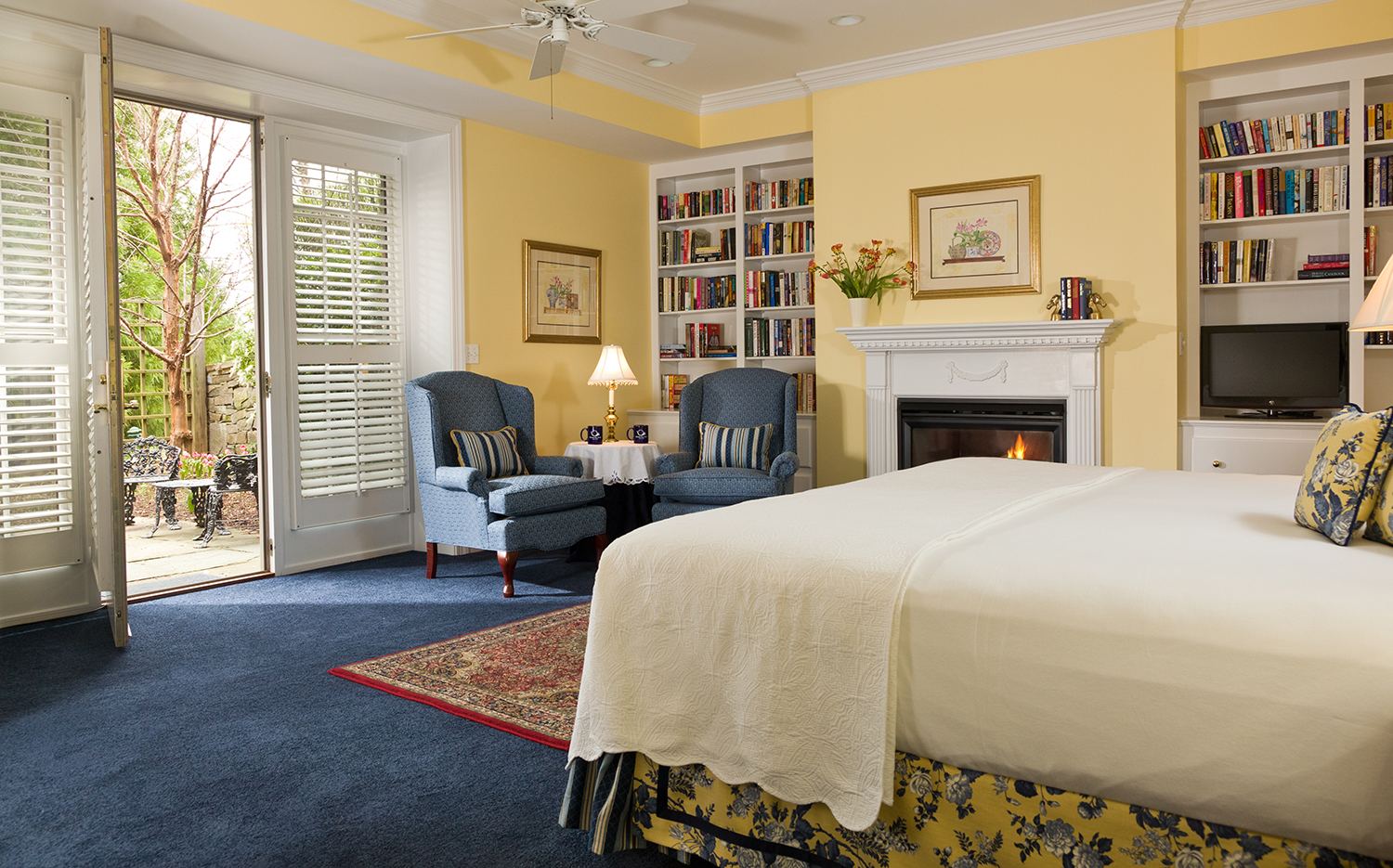 While the property is meticulously maintained inside and out, the Inn at Whitewing Farm exudes a friendly family-feel. You’re likely to see daughter Samantha, who takes care of reservations and social media, and her children, Madison and Jagger, helping Pop-Pop with chores. While Samantha uses her marketing skills, Lance and Sandy bring their amazing culinary talents to breakfast every morning and the tasty treats available every afternoon.

The inn features a Har-Tru clay tennis court that is available day or night, a relaxing pool and spa, and a stocked fishing pond. 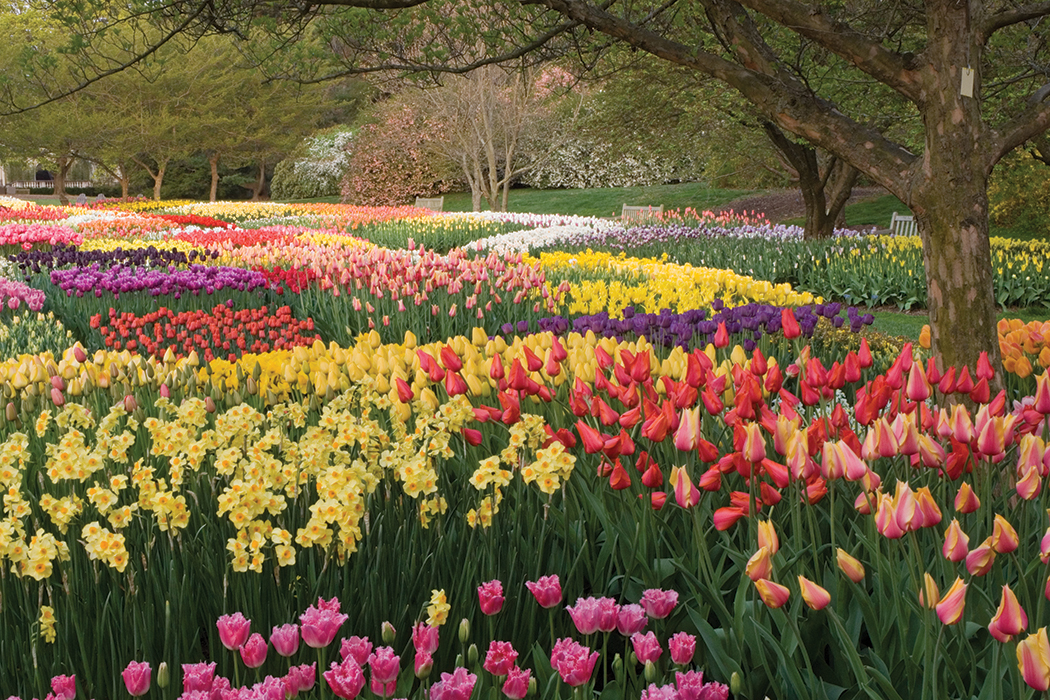 Since check-in is from 3 p.m. to 6 p.m., arrive in Chester County early and take the short trip to Longwood Gardens. The Inn at Whitewing Farm is located adjacent to Longwood Gardens, which began as the private garden of Pierre S. du Pont. The du Pont family members were known for their passion for gardening, and in 1907 Pierre du Pont laid out his first garden at what he called Longwood. Over the decades, the gardens grew and flourished and would eventually become a public garden due to the foresight of Pierre du Pont.

From Jan. 18 to March 22, the Conservatory at Longwood is transformed into an orchid showplace during the annual Orchid Extravaganza. Be prepared to be dazzled and inspired as Longwood Gardens welcomes spring with nearly 1,100 acres of seasonal beauty. From March 28 through May 3, Spring Blooms takes over the gardens with more than 250,000 bulbs, flowering trees, and shrubs blossoming throughout the landscape. Longwood Gardens spectacular Festival of Fountains begins on May 7 and runs through Sept. 27. With summer in full bloom, the fountains come to life and add to the grandeur of the gardens. The Main Fountain Garden offers spectacular performances daily with jaw-dropping Illuminated Fountain Performances on Thursday, Friday, and Saturday evenings.

There is no better way to start your day than with one of Lance and Sandy’s delicious almost-too-pretty-to-eat breakfasts. Breakfast is served from 8:30 to 9:30 a.m. in the inn’s beautifully restored 1796 hay barn.

The name Wyeth is synonymous with the Brandywine Valley. Three generations of Wyeths learned and honed their craft here. The Brandywine River Museum of Art features American art with an emphasis on the Brandywine Valley artists. Renowned for its Wyeth artists collection, the museum has galleries dedicated to the work of N.C., Andrew, and Jamie Wyeth. The Brandywine River Museum offers four extraordinary tours for those looking to delve deeper into the lives of the members of the Wyeth family. The museum provides a complimentary shuttle to the locations. This year, tours will occur daily from April 1 to Nov. 22 and will last approximately one hour. Children under age 6 cannot participate in the tours.

N.C. Wyeth House & Studio Tour provides an intimate look into the life and works of the artist. When you visit the studio, it looks as if N.C. Wyeth (1882-1945) just went for a walk, and he’ll be back at any moment. Though the eldest Wyeth was known primarily as an illustrator, he was also a fine artist. N.C.’s use of props to fashion his paintings is on display in the studio, as well as space where he created large-scale murals commissioned by banks and other clients. 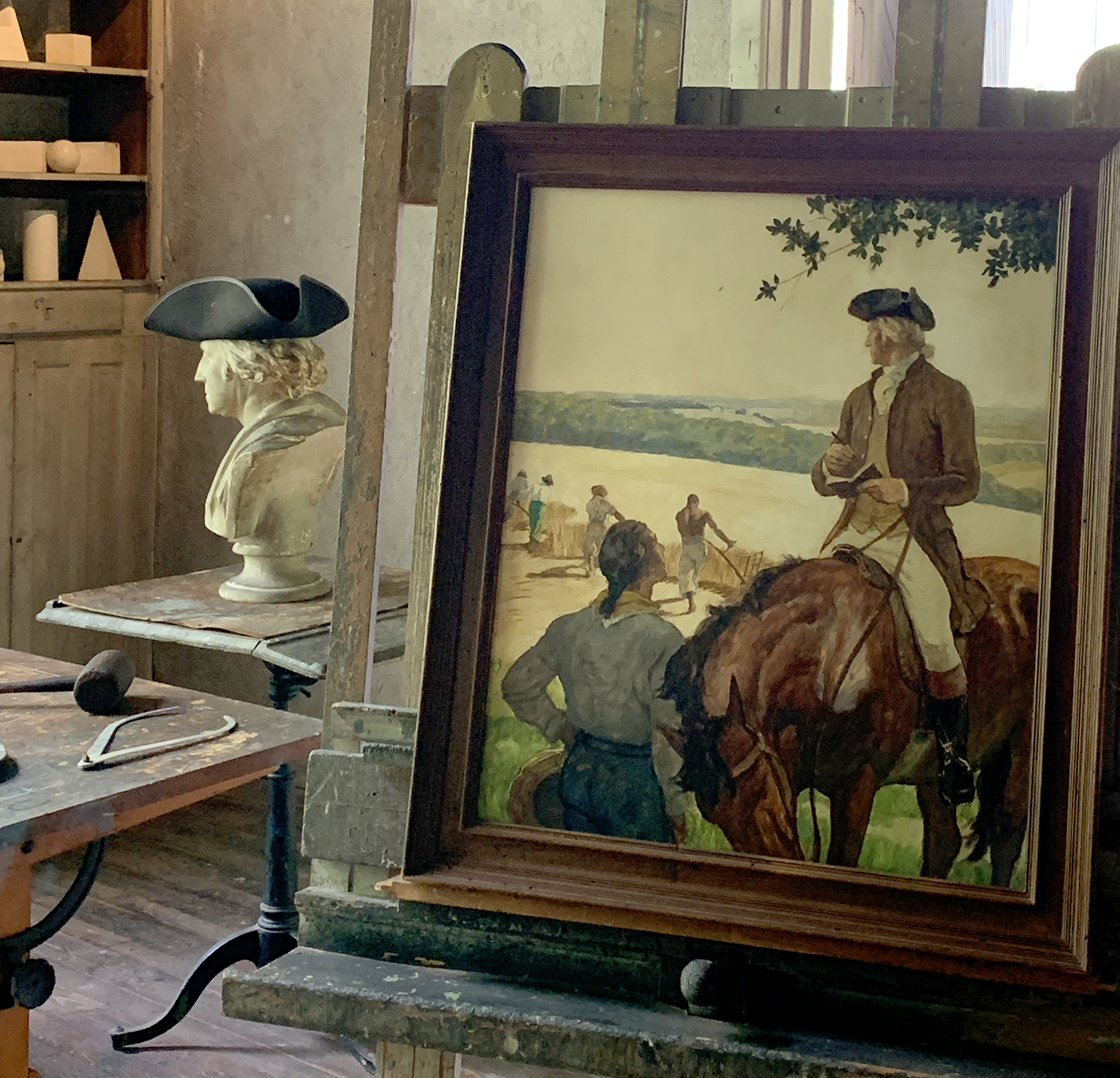 N.C Wyeth’s Studio, where the artist spent much of his time. Photo credit: Wendy Royal

Just a pleasant walk from the studio you’ll find the Wyeth House, where N.C. and his wife raised their children. While illustrators didn’t garner the same respect as fine artists, Wyeth’s children’s book and magazine illustrations afforded a good living for his family. It was the earnings from illustrating “Treasure Island” that allowed him to purchase the 18 acres of land for his home and studio. 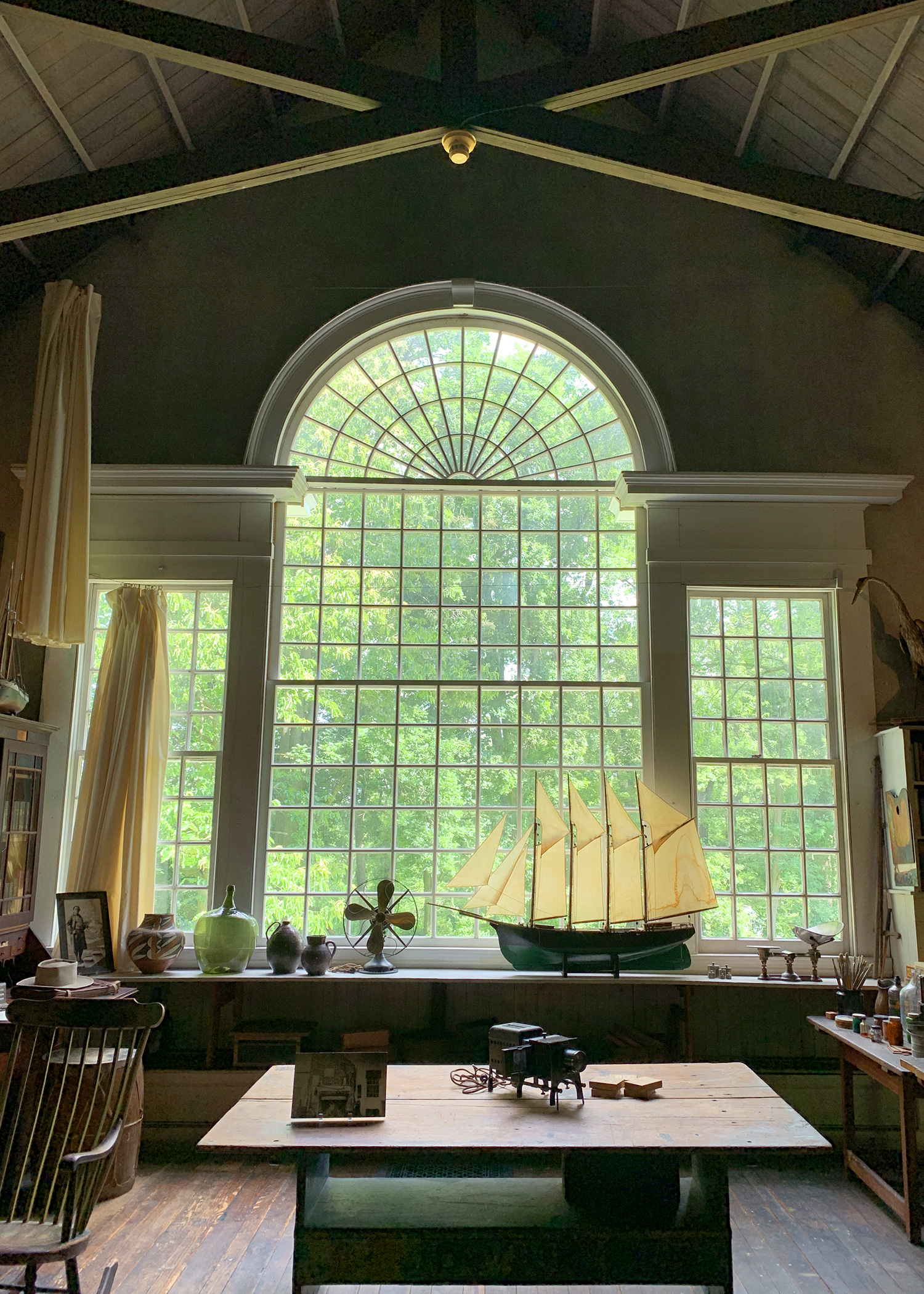 Andrew Wyeth (1917-2009) was one of the 20th century’s best-known artists. He grew up watching his father paint, and he trained extensively as a young man. Andrew had a very different approach to his art. The little white 1875 schoolhouse that Andrew Wyeth called his studio for more than 60 years stands in stark contrast to his father’s studio. On the Andrew Wyeth Studio Tour, you will pass by candid photos of family and friends, including Henry Fonda and Errol Flynn.

Though his wife had a beautiful studio built for him in their home along the Brandywine, Andrew Wyeth preferred his old studio and spent much of his time there.

For a time, Andrew and his son, Jamie Wyeth (b. 1946), shared the studio. Before you enter Andrew’s space, you will pass by a small area that Jamie carved out for himself. Here you see preliminary drawings of John F. Kennedy alongside a replica of his final portrait. Jamie was just 20 years old when the Kennedy family commissioned him to paint a posthumous likeness of JFK. 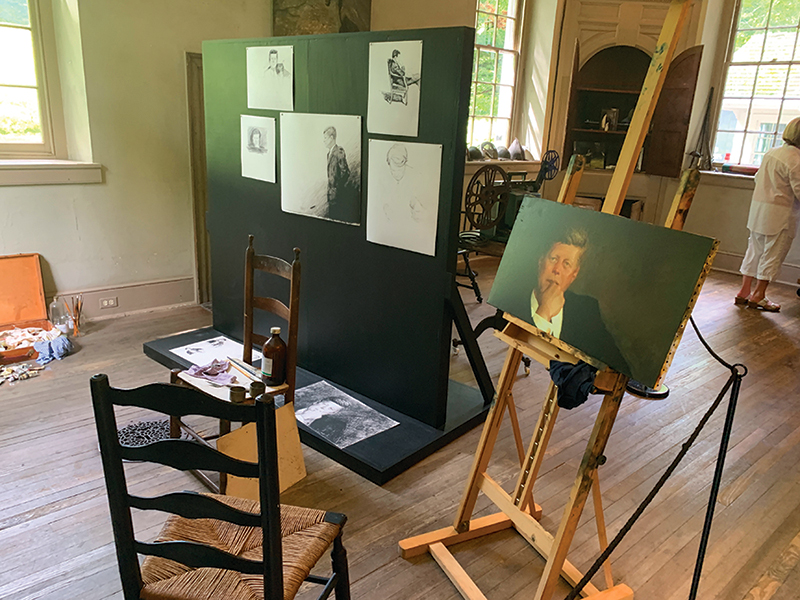 Andrew was known for using egg tempera in his paintings, which a very unforgiving medium, but one that has been used for centuries. The second-generation artist was partial to the extra-large, white eggs he purchased from the local Wawa for his egg tempera. The artifacts in Andrew’s studio show his methodology of making several sketches of his subject in preparation for painting.

The Kuerner Farm, where Andrew derived more than 70 years of inspiration, is available to tour. Visitors will see the 19th-century farm that was the subject of many of his paintings. On the docent-led tour, reproductions of Andrew’s well-known paintings will be on display, allowing guests to compare them to the actual sites he painted. 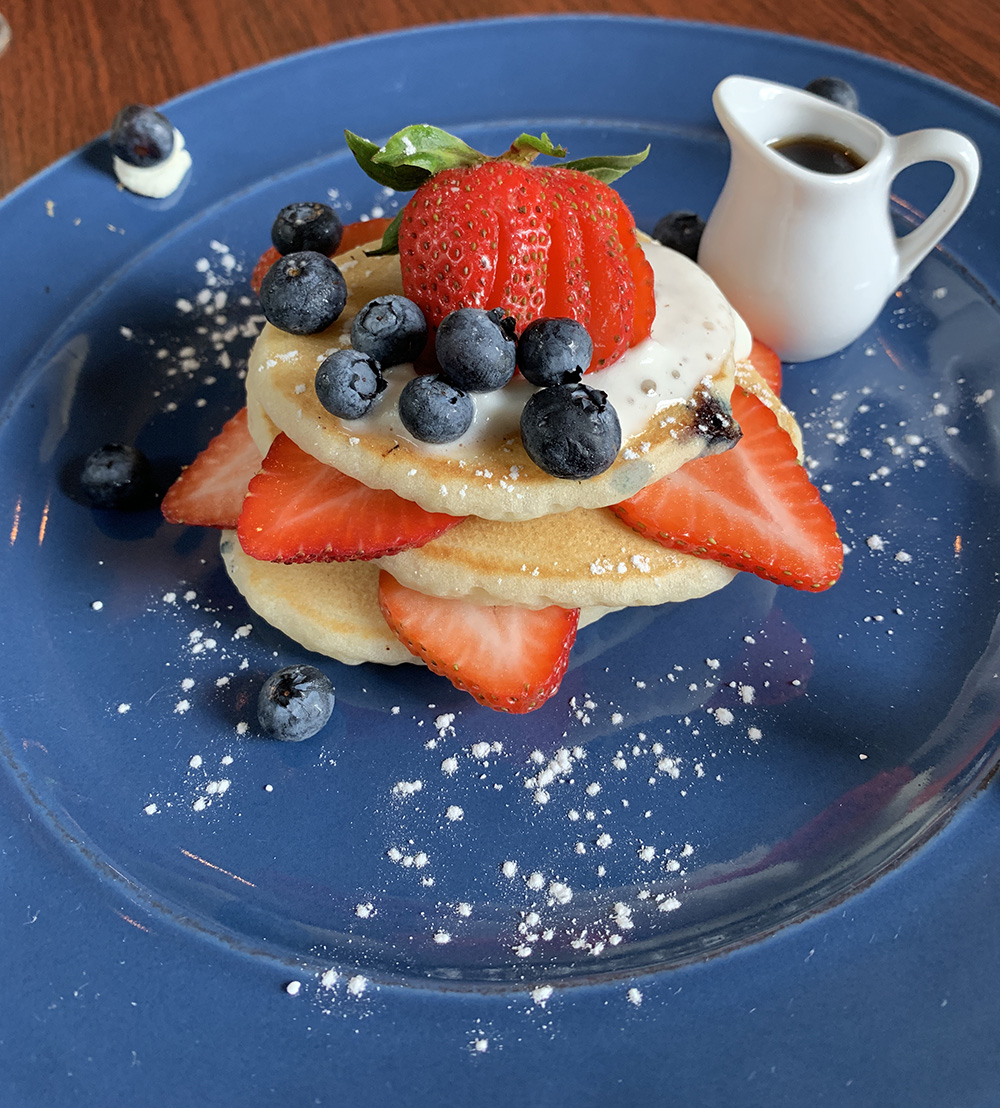 Another scrumptious breakfast at Inn at Whitewing Farm, Photo by Wendy Royal

After another delightful breakfast at the Inn at Whitewing Farm, you should take the opportunity to take another stroll through the property or take in a game of tennis before checking out.

Just one mile south of West Chester, you’ll find Baldwin’s Book Barn. The 1822 dairy barn is just the type of structure you would expect to see in the Brandywine Valley. Inside, though, the barn is anything but typical. More than 300,000 books of all genres line the shelves, nooks, and tables inside Baldwin’s Book Barn. From beach reads and how-to books to classic literature and rare volumes, this is not your average books store. In case the exposed stone walls aren’t enough of an inkling that you are in a barn, low-hanging beams and narrow stairs will serve as another reminder. Whether you are an avid reader or not, Baldwin’s Book Barn is a must-see in Chester County. It is open every day from 10 a.m. to 6 p.m., except Thanksgiving, Christmas, and New Year’s Day.

Approximately 25 miles north of West Chester is another one of those otherworldly places that make the Brandywine Valley a bucket list destination. St. Peters Village is a lovely hamlet that runs along the picturesque French Creek in northeastern Chester County. The 19th-century company town has been on the National Register of Historic Places since 2003. Along the quarter-mile stretch of St. Peters Road, the village shops include Saint Peter’s Bakery, which recently garnered the distinction of The Best Little Bakeshop in America. In addition to tasty baked treats, you can also grab breakfast or lunch.

A vintage arcade, a hand-blown glass shop, a winery, and other unique shops will make this excursion well worth the drive. The Inn at St. Peter’s is a luxurious bed-and-breakfast with breathtaking views of French Creek. The inn’s restaurant serves Italian cuisine on three outdoor patios overlooking the flowing water and large rocks for which French Creek is known.

Hiking is also very popular in the area, with many interconnecting trails allowing you to take a different route each time you visit. 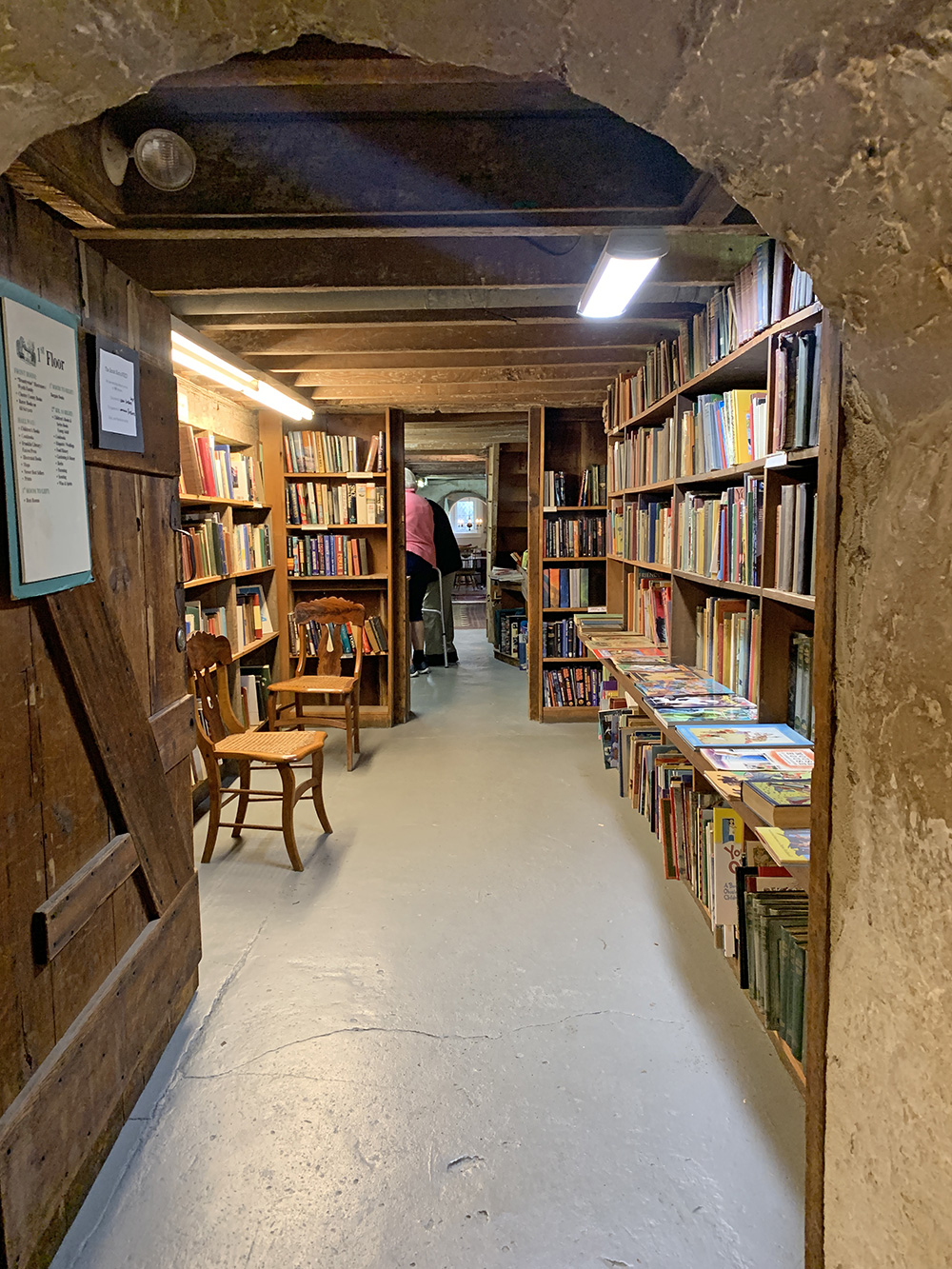