It’s Hip To Be Square In Pizza Town

Pizza has become a staple of the American lifestyle, because of its relatively inexpensive ingredients and seemingly simple preparation. That’s just part of why it was so appealing to the coal mining families of northeastern Pennsylvania when its mass production in corner bars and mom-and-pop restaurants started in the 1920s. In Old Forge, at the southwest corner of Lackawanna County, a unique version of pizza has outlived its creators and has become as much a cultural icon as it is a popular food item. 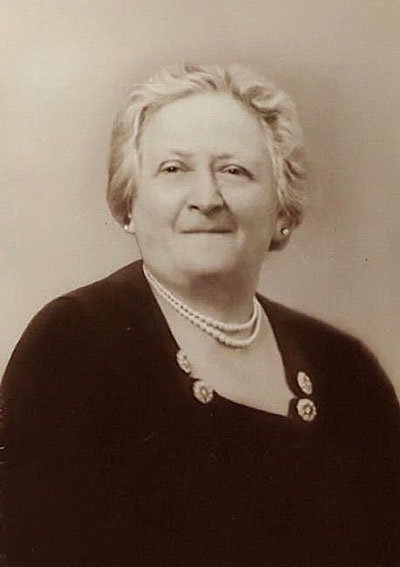 Historians differ as to who started making rectangular trays of pizza with the unique crust that is crispy on the bottom and soft in the middle. But owners and managers of more than a dozen pizza shops in Old Forge credit Philomena Ghigiarelli, who made trays – not pies – and served cuts – not slices – to the coal miners who participated in card games run by her husband, Erminio, as early as 1926. The concept spread like wildfire up and down the coal-rich valleys, with classic red and double-crusted white remaining the most popular varieties. While one might think that Old Forge pizza could be easily duplicated, local consensus dictates that it simply isn’t the same when served outside of Old Forge, the self-proclaimed Pizza Capital of the World.

“There are a lot of pizza places in Scranton, but this is better,” said Scranton resident Dorothy Mancia, who has been taking her now-adult daughter, Chrissy Volovitch, to Revello’s Pizza at 502 S. Main Street for decades. “There’s no pizza like Old Forge Pizza.”

“I don’t know if it’s the cheese they use or the crust,” Volovitch pondered.

“The dough is made fresh every morning,” Revello’s server Jeannie Cusumano explained. “I think starting off with a good foundation is what makes the difference.” 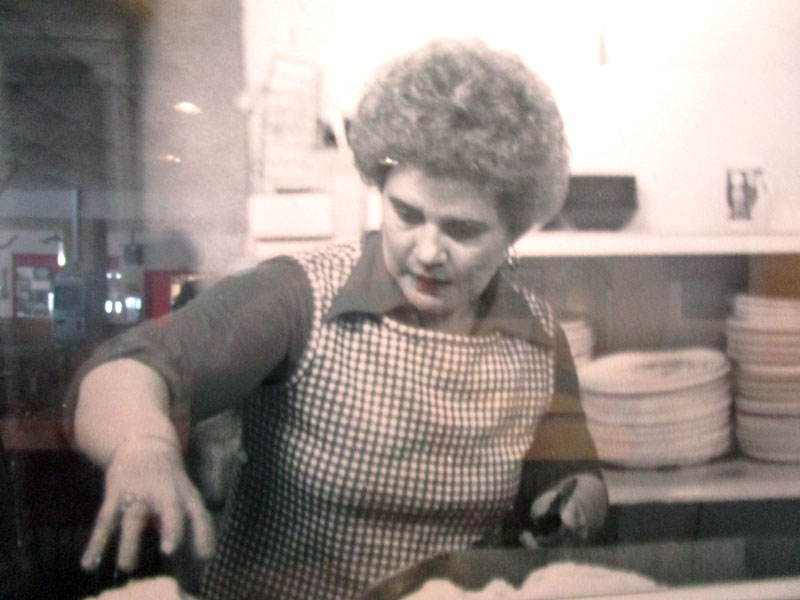 Joseph and Delores Revello opened the restaurant’s doors in 1967, and they have served Old Forge Pizza from the start. Their son, Patrick Revello, currently runs the business with a dedicated staff that he considers family. He credits their pizza recipe to Anna Bianco, a long-time employee of his parents. “Family” would almost seem to be an overused term in Old Forge, but its legitimacy can’t be denied as one goes from one pizza shop to the next. “We consider a lot of customers to be our extended family,” said Arcaro and Genell co-owner Angelo Genell. His manager, Amanda Krappa, who started working at the restaurant 18 years ago, refers to Genell as her “work dad.”

Genell’s parents opened the business at 443 S. Main St. in 1962, and it has grown from a bar to a full-service restaurant with indoor and outdoor seating, a takeout deli, a large banquet room, and a famous bocce ball court on the side of the building. 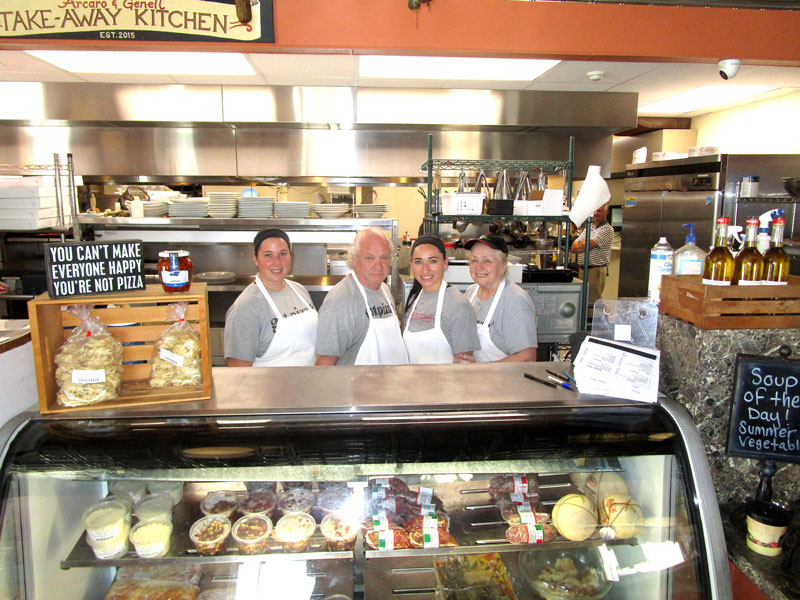 The shop owners are adamant that there is plenty of room for them and their pizza-making counterparts. They frequent each other’s establishments. According to Anthony Salerno Jr., who manages Salerno’s Cafe at 139 Moosic Road, it’s not uncommon to help each other get through supply shortages and even with deliveries. “There’s no competition among any of us really,” Salerno maintained. “It’s a small town. We all know each other.”

Started nearly 100 years ago by Vito Salerno, the cafe has also evolved from a bar into a family-style Italian restaurant. Anthony’s father ran it with his wife, Anna, for many years, and sons Mike and Joe and Mike’s wife, Terry, built it into the business it is today. The menu has grown to include homemade pasta like ravioli, fusilli, and gnocchi. Tripe, soffritto, and chicken parmesan are other customer favorites.

Though common to the region, Revello’s, customers are often surprised to find homemade pierogies on the menu. Former Nicholson, PA, resident Shannon Stafford went there three or four times per year with her family when she was younger. And she promised her Texan husband, Jason, and daughter Sydney a real treat when they visited Pennsylvania this summer. 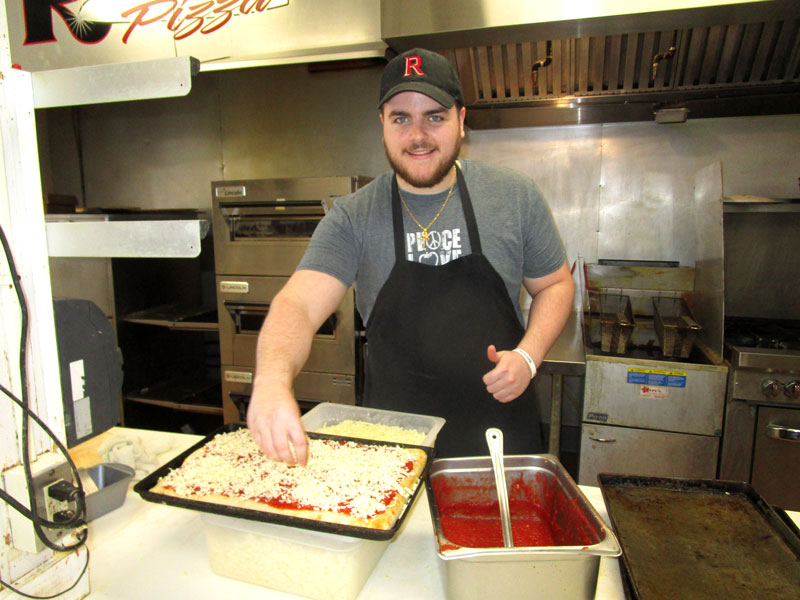 In addition to classic red pizza, Shannon convinced them to try the pierogies. “I’ve never had anything like it,” Sydney remarked as she chowed down on the traditional Slovak dumplings slathered in butter and onions. But it was still the Old Forge pizza on their table that made the biggest impression on them.

“I’ve been looking forward to this for years now,” Jason said of his first visit to Revello’s. “I eat pizza everywhere I go, and this tops them all.”

As much as the shop owners look forward to seeing their regulars, they enjoy cooking for and serving guests who are finding them for the first time or returning after a number of years. “We do get a lot of people from out of the area,” Anthony Salerno Jr. related. “We’re so close to the interstate (Route 81) that people find us online and stop in.”