It’s not unusual to be reminded of the Scottish countryside when looking across the valleys of Pennsylvania’s Laurel Highlands. After all, the lush fields of green, the woodlands, and the quaint homes scattered amongst miles of fields are all reminiscent of Scotland. It’s no wonder many Scots who first immigrated here chose the Laurel Highlands, with Scottish regiments taking part in the construction of Fort Ligonier. The similarities between the region and the Scottish Highlands are striking, and they are celebrated every year with the festive Ligonier Highland Games, which provides a day of music, competition and flair. This year, the 59th annual Ligonier Highland Games will take center stage on Saturday, Sept. 23, at Idlewild Park, and as many as 7,000 people from all over the United States and beyond will be there to celebrate. 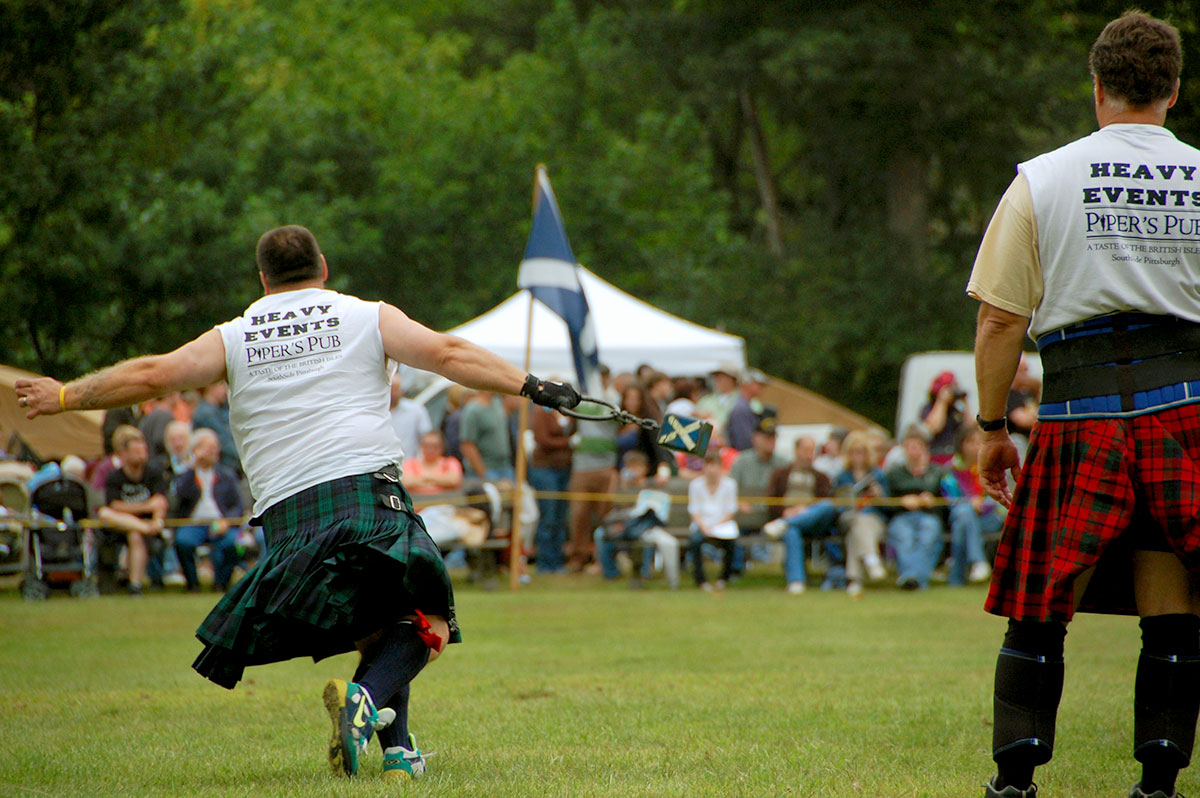 “The Highland Games help to keep Scottish traditions and culture alive and educate younger generations,” explained Richard Wonderly, executive director of the Ligonier Highland Games. “It’s truly a family tradition – I’ve heard from both participants and audience members about how they’ve been coming year after year.” 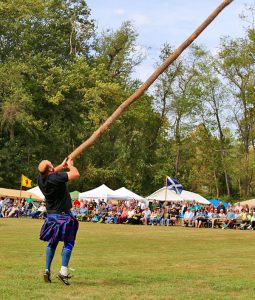 Originally known as the Scottish picnic at Kennywood Park, the Ligonier Highland Games has flourished for nearly 60 years. A traditional centerpiece of every Highland Games throughout history is a series of athletic competitions, and the Ligonier event is no exception. In addition to the preregistered athletes competing in everything from the caber toss (the competition involving throwing a heavy log) to the sheaf toss and stone put, even the most novice of visitors can discover their inner Scottish warrior and take part. There’s a tug-of-war and a Kilted Run. And, of course, visitors always have fun taking part in the popular Ladies’ Haggis Toss, based on the legend that women would stand on one side of the River Dromach and hurl haggis luncheons to their husbands on the other side. 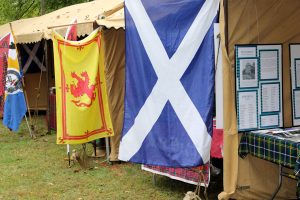 The Ligonier Highland Games is also the place to go for those who have ever had questions about researching Scottish ancestry. There will be genealogy sessions, weaving demonstrations and lessons on finding the correct tartans for specific Scottish Clans. The Scots have become a part of so many nations and cultures since they were driven from the Highlands years ago, organizers noted, saying that just stopping by the Scottish Clans area to see the different clans and tartans is an excellent way to see how diverse the Scottish culture has become. 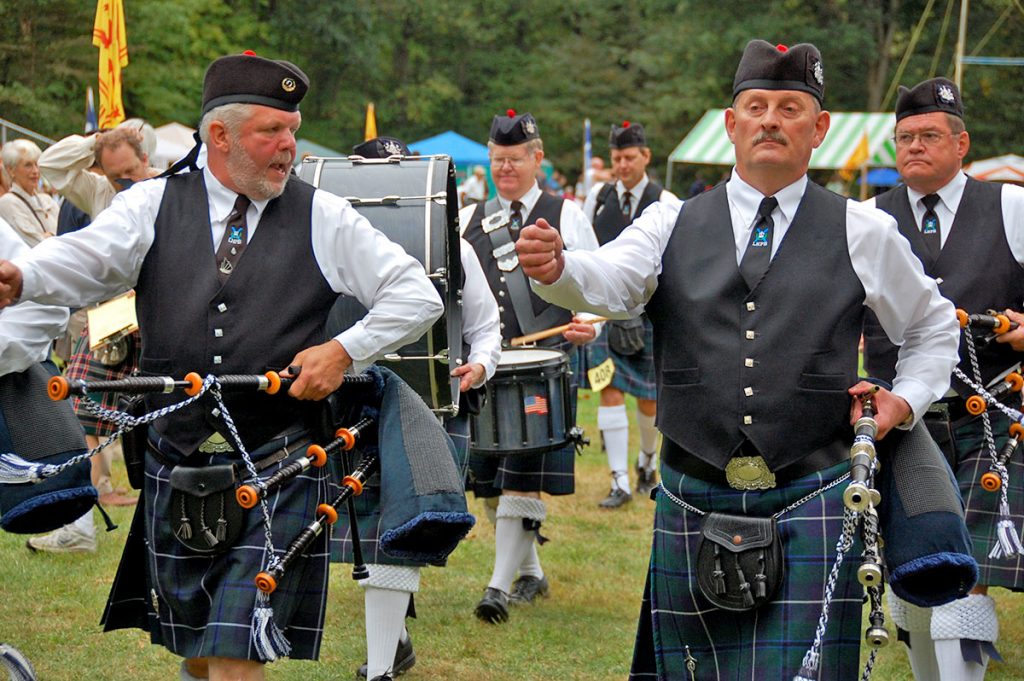 And the music! Visitors can expect the familiar sounds of bagpipes from the moment they arrive at the Highland Games, but we’re not just talking about the ceremonial tunes often heard at parades and ceremonies. The Ligonier Highland Games brings some of the most skilled pipers in the world to the Laurel Highlands. Guests will hear music ranging from piobaireachd (pronounced “pea-brook”), the classical music of the Great Highland Bagpipe, to the hornpipe and jig, which is derived from traditional dance music that originated on Royal Navy ships and in English folk dance. Other stages will highlight performances from traditional Celtic harpists and Scottish fiddlers, as well as performances from the prestigious Southminster Ringers of Pittsburgh, who have toured Europe, performing with bells in synchronized and complex melodies. A true hidden gem of the Ligonier Highland Games, it is really a sight to see. 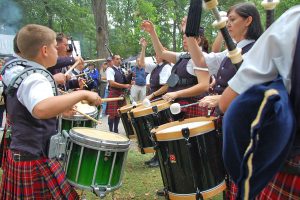 No festival is complete without an array of traditional foods, and the Ligonier Highland Games does not disappoint there either. Traditional Scottish pastries and other delights will be on hand, and locally based Jamison Farms will provide lamb burgers and other savory snacks. And since Idlewild is a picnic park, guests are always welcome to bring their own food.

But, of course, the cutest of all of the exhibits at the Games will be the one with the other Scots … the four-legged variety, to be exact. From Scottish terriers to Westies and more, two pavilions will be dedicated to showcasing various Scottish dog breeds and their skills in obedience and agility. There will even be a Scottie steeplechase! 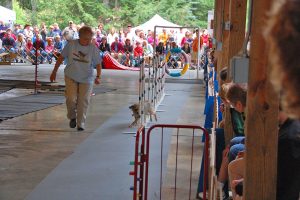 Richard Wonderly says the Ligonier Highland Games, known as one of the largest and most comprehensive festivals of its kind, offers a great opportunity to “come and feel what it is to be Scottish for a day.” He explained that the Scots are a people who have spread throughout the world and become integrated into many different nations and cultures and that this festival is the ideal chance to “see and experience the art, music, language, food, clothing, traditional activities and heritage of an enduring and ancient culture that can bring a smile to anyone’s face with the open and welcoming attitude of the people.”

The Ligonier Highland Games will take place rain or shine on Saturday, Sept. 23, at Idlewild Park on Route 30 in Ligonier. Gates will open at 8 a.m. Tickets at the gate will be $20 for adults, $18 for seniors, $10 for teenagers and free for children age 12 and under. Parking is complimentary. Visitors may order discounted tickets at a reduced rate at www.ligonierhighlandgames.org.