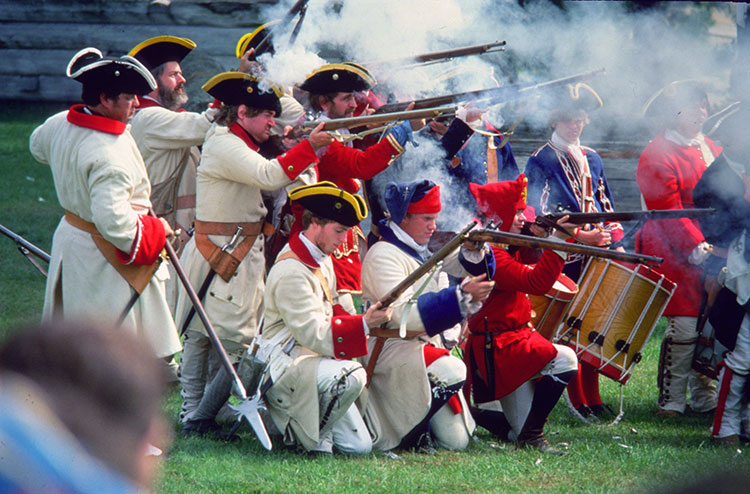 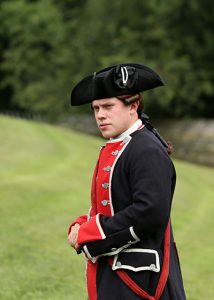 Not the white-haired, dollar-bill, first POTUS George Washington. Not the Founding Father and figurehead of the American Revolution. Think instead of a young, gallant 20-something with dreams of becoming a British officer. That’s the George Washington you’ll meet at Fort Ligonier, a British fortification from the French and Indian War located in Pennsylvania’s Laurel Highlands that served as a staging area for the Forbes Expedition of 1758. Washington and his unique story are part of a recently completed $8.2 million expansion, renovation and restoration project at the fort and museum at Fort Ligonier that gives visitors a different look at the man who’d become the nation’s first president.

“The visitor gets to know the George Washington they’ve never known before,” explained Julie Donovan, director of marketing and public relations for Fort Ligonier. “Our gallery really tells the story of what led up to the American Revolution.” 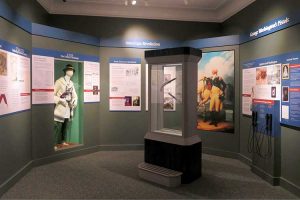 The Washington Gallery takes visitors back to the 1750s to meet the young George Washington, who at the time fought for the British to expel the French from North America. The gallery includes everything from the young soldier’s saddle pistols (a gift from the Marquis de Lafayette) to his commissioned paintings and his “Remarks,” recollections of Fort Ligonier in his memoirs. The gallery also provides some context into what led Washington from fighting for the British to leading the Continental Army for the Colonies in a move that led to the American Revolution and his place in history. 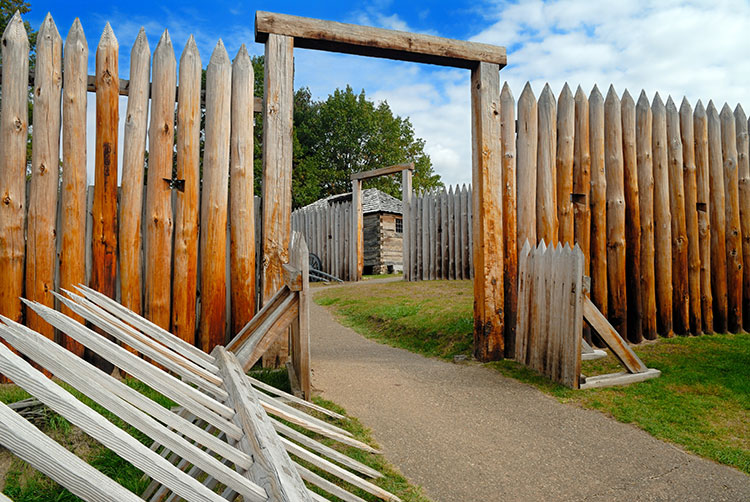 But that’s only one piece of this historical site. With the recent capital project, the fort has been restored to the exact footprint it had back in 1758 at the time of the original battle during the French and Indian War. Located atop a commanding hilltop, eight acres of the original site of Fort Ligonier have been preserved; behind the artillery train, the inner fort includes the officers’ mess, barracks, quartermaster, guardroom, underground magazine, commissary, and officers’ quarters inside. Visitors can learn about the daily activities of the British army community that lived there as well as see Gen. John Forbes’ own desk, where he made the plans to move his army westward. After all, Fort Ligonier was the last fort constructed along the road between Philadelphia and Fort Duquesne, which was captured by the British and renamed Fort Pitt; that fort’s British rule is what ultimately made the city of Pittsburgh possible. Visitors can also visit everything from a blacksmith’s forge to a smokehouse and Pennsylvania hospital of the time. 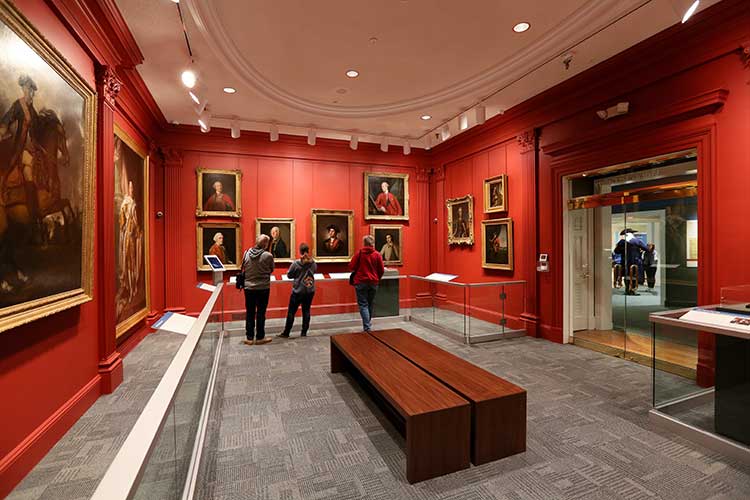 After exploring the original footprint of the fort itself, the storytelling comes alive at the accompanying Fort Ligonier Museum, which was significantly enhanced during the recent expansion project. In addition to the Washington Gallery, the History Gallery tells the story of the fort through a unique collection of artifacts uncovered at the site during various archaeological projects – from a collection of weaponry of the time to the common items that may have been used during everyday life at the fort. Other galleries include an art gallery, with an incredible collection of original works from the 18th and 19th centuries, and a gallery looking at global views of the Seven Years’ War. 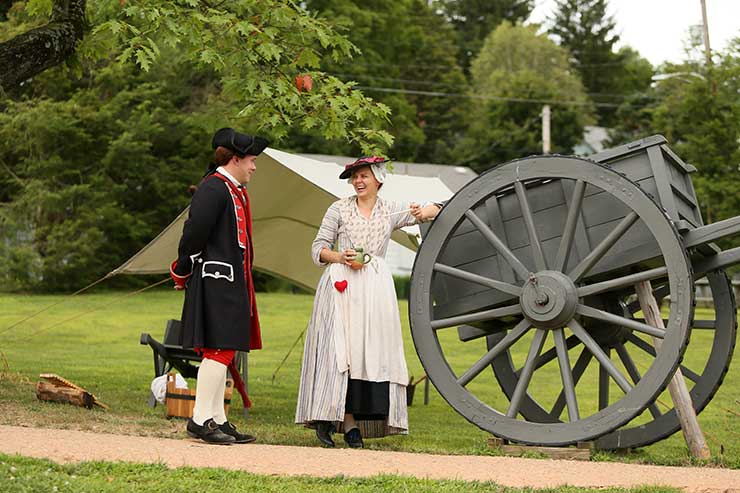 The fort’s Center for History Education, added as part of the recent campaign, hosts numerous school field trips and educational seminars throughout the year, providing offerings ranging from guided tours and teaching materials to demonstrations and hands-on experiences on everything from corn grinding to candle dipping and quill pen writing. But there’s perhaps no better time to visit than during Fort Ligonier Days, now in its 60th year. The annual event, which this year will take place on Friday through Sunday, Oct. 11 to 13, commemorates the Battle of Fort Ligonier with a series of dramatic battle re-enactments, artillery demonstrations and re-enactors to commemorate the Oct. 12, 1758, French and Indian War Battle of Fort Ligonier. Fort Ligonier Days has even expanded well beyond the boundaries of the fort itself to include the entire town of Ligonier, where throughout the weekend visitors can experience arts and crafts, music, a parade, and plenty of historical demonstrations to celebrate Ligonier’s unique heritage. 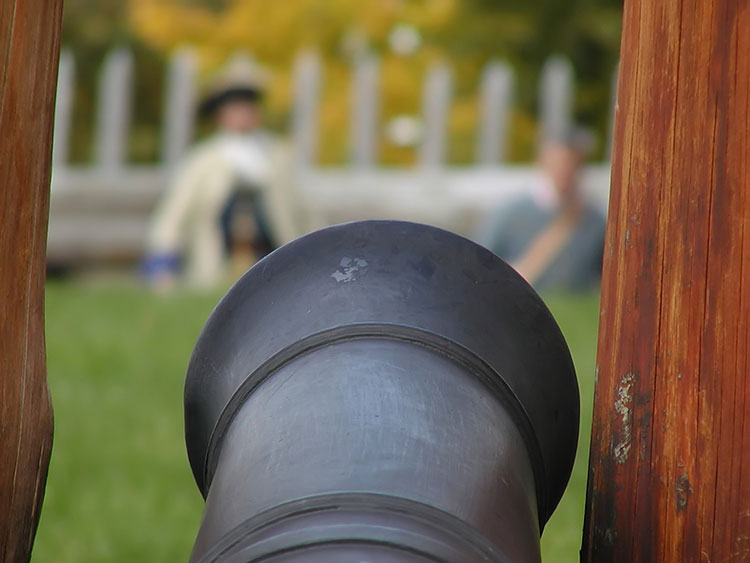 From battle re-enactments and demonstrations of colonial life to standing at the edge of the fort’s artillery looking out over the hillside, the experiences of Fort Ligonier teach visitors about an era of colonialism that may be an entirely new experience. And they might just see a whole new side of George Washington.