The David McCullough Prize for Excellence in American Public History

U.S. Congressman Dwight Evans will present the inaugural David McCullough Prize for Excellence in American Public History during a virtual ceremony to Lonnie Bunch, Secretary of the Smithsonian Institution and Founding Director of the National Museum of African American History and Culture. A second McCullough Prize will also be awarded to Francine Gold, history teacher at Philadelphia’s Constitution High School. Named for Pulitzer Prize-winning historian David McCullough and presented by The Carpenters’ Company of the City and County of Philadelphia, the award celebrates individuals whose work has had significant impact on the public’s understanding of American history. This award is presented in partnership with Citizens Bank and the Landenberger Family Foundation. 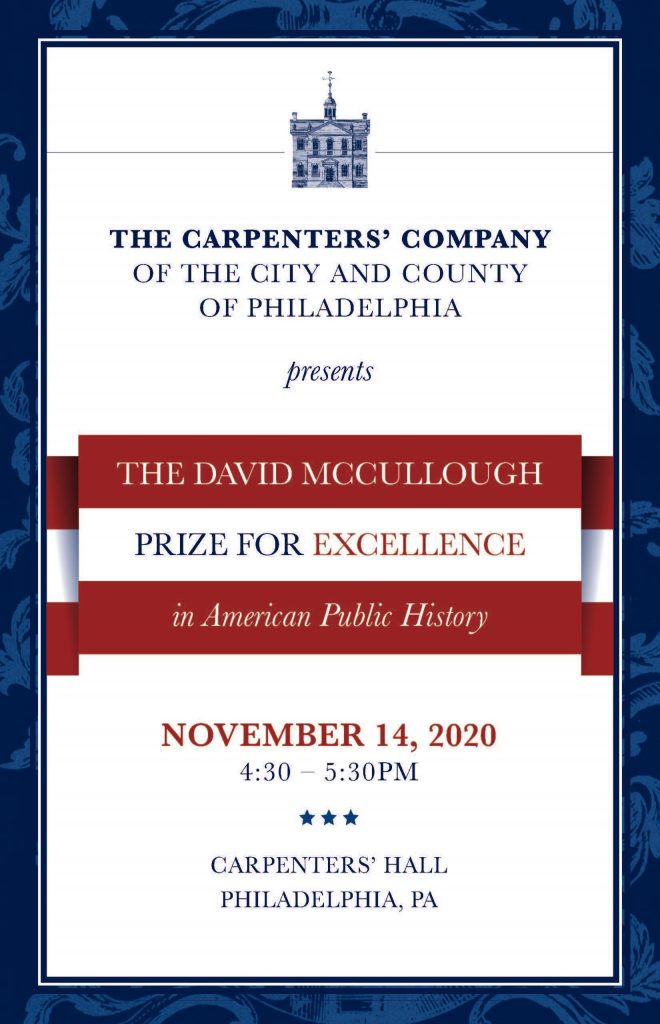