Documentary Film: The Battle of the Somme

In 1916, a British War Office film crew documented the first days of the summer battle, which lasted four months at the cost of more than 1million killed and wounded. The film was rushed for release to the public in the hopes of boosting morale. 2:30pm. Regular adm. 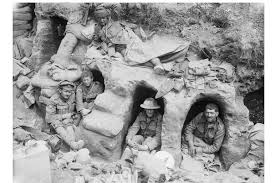