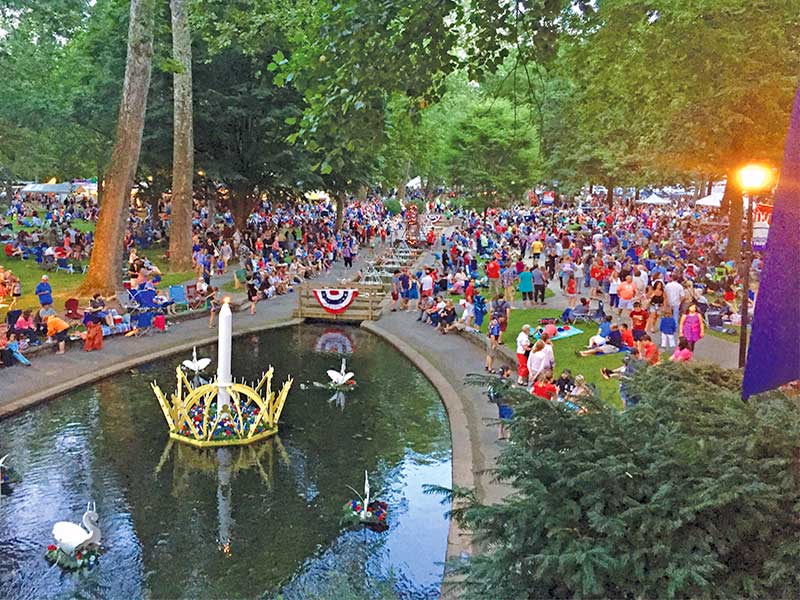 When I sat down with Tim Reedy and Bill Dussinger of the 200th Fourth of July Executive Committee last December, their excitement for an event more than six months away was nearly palpable. They noted that the 200th continuous celebration of the Fourth of July at Lititz Springs Park (LSP) was going to be epic! After all, the Lancaster County town is home to Rock Lititz, a sprawling campus where the biggest names in entertainment come to perfect their stage shows before going on tour. 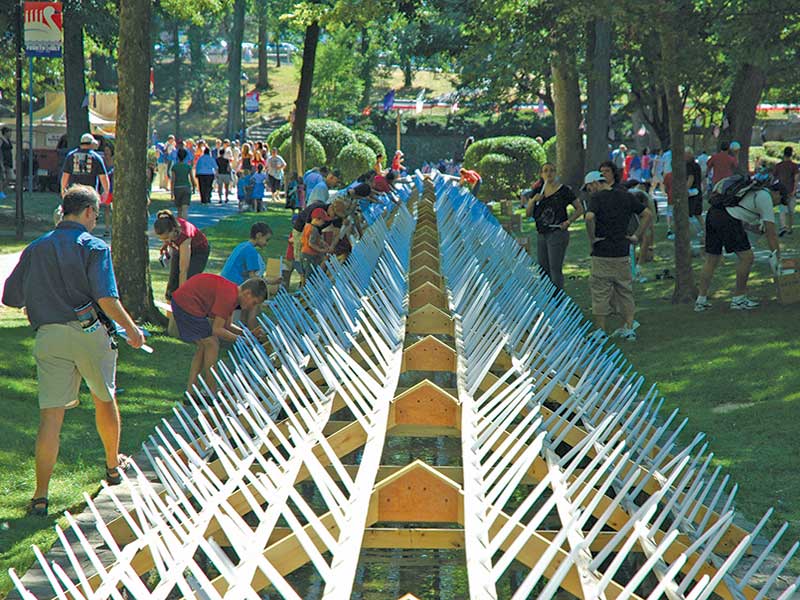 You would think it would be a lot of pressure to pull off an event of such magnitude, but these guys have an army of nearly 400 volunteers behind them. “Without the volunteers, we couldn’t do this, at least not the way we do it,” Reedy raved. “They just show up and do their job. They’re great. 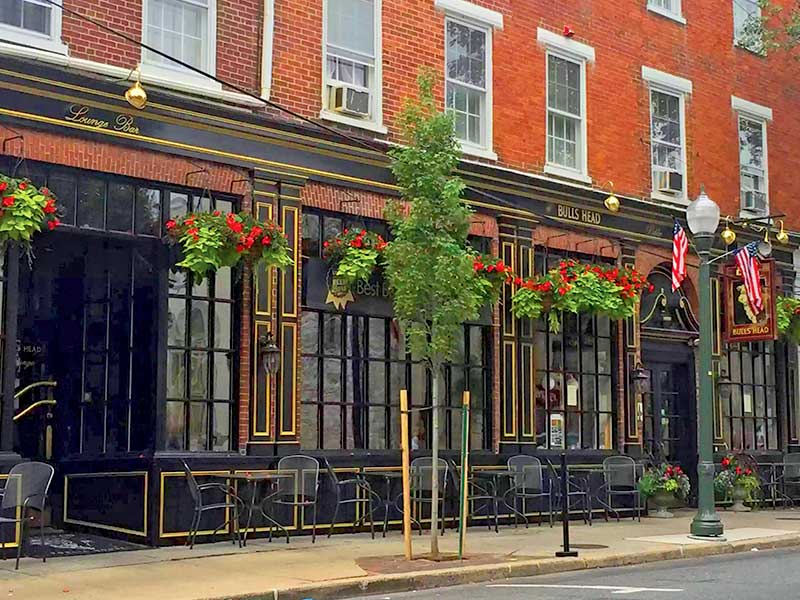 How It All Began

In 1754, after hearing Count Nicholas von Zinzendorf preach at the courthouse in Lancaster, John George Klein was so inspired that he and his wife turned over 491 acres of their land to the Moravian Church for a new settlement. Part of that land included a tract around the “Big Spring,” which is now Lititz Springs Park. 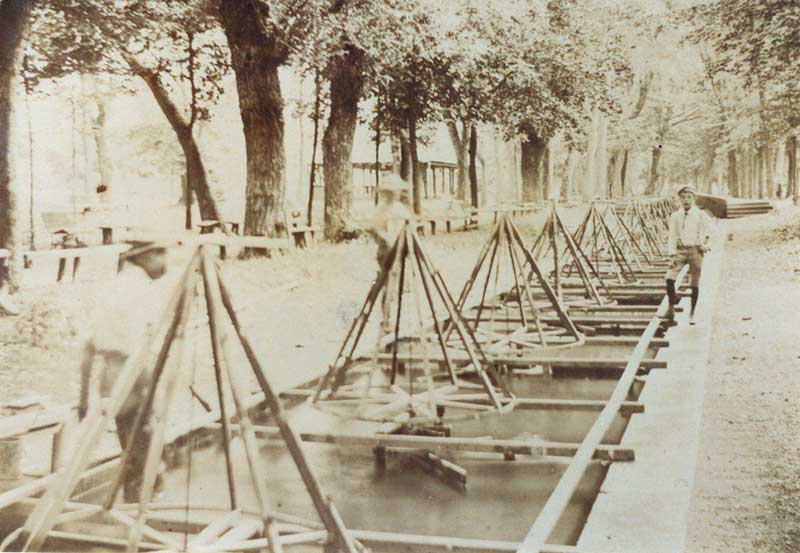 The town has a special connection to Independence Day. In 1777, General Washington commandeered the Moravian Church’s Brethren House to use as a hospital for injured Revolutionary War soldiers. More than 500 soldiers were treated at the Brethren House; sadly, 120 died. The Memorial plot on East Main Street stands as a monument to honor the soldiers who died in Lititz. According to the Moravian Church diary, historians had always known that the soldiers were buried somewhere in Lititz, but it wasn’t until 1932, during excavation for a cellar, that the site was at last found. 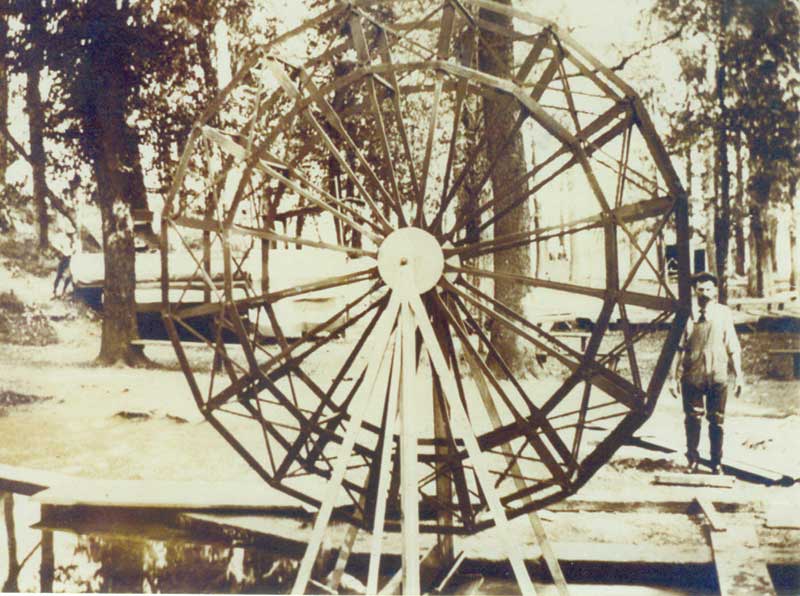 The first reported event to be held in the park was in 1778, when a local music teacher, along with an orchestra of young men, gave evening concerts for the recovering Revolutionary War soldiers. Although the entertainment was deemed too “worldly” by the church at that time, the park would eventually be the site of many events, including the first recorded Independence Day observance on July 4, 1811. Once again, the event was looked upon with disapproval from the Moravian Church Governing Authority. Seven years later, the Moravians, not wanting to look unpatriotic, encouraged the Independence Day event. Thus, July 4, 1818, began the 200-year tradition of Independence Day celebrations at Lititz Springs Park.

Ask Celebration Fireworks in Slatington why they love doing the Lititz Fourth of July fireworks and they’ll tell you it’s the people, the community, the event organizers and the opportunity to work with Clair Global, internationally renowned in the entertainment industry. “It’s tremendous the amount of support they (Clair Global) provide. They understand the importance of connecting with an audience,” says Chris Hopkins, creative director for Celebration Fireworks. Hopkins, who lives in central Bucks County, noted, “Lititz is my second hometown; I make up reasons to go there now.”

About this year’s show, Hopkins revealed, “It’s going to be so Lititz … very patriotic and (will include) the community band, voiceovers and some other surprises that you won’t want to miss.”

The coordination of the music and sound provided by Clair Global, and a dazzling fireworks display by Celebration is certainly going to make the grand finale of the 200th Independence Day Celebration one to remember.

Long before the first fireworks rocket into the sky, the park will be alive with events, entertainment, food and fun for the entire family. Many key events will still go on as usual, but this year the celebration will be bigger and better. Back again will be the Kids’ Zone, where children will be invited to play games and enjoy age-appropriate live shows, including musical acts, magicians, ventriloquists, dance troupes and animal interaction. The Kids’ Zone area will open at 1 p.m. and last into the early evening. 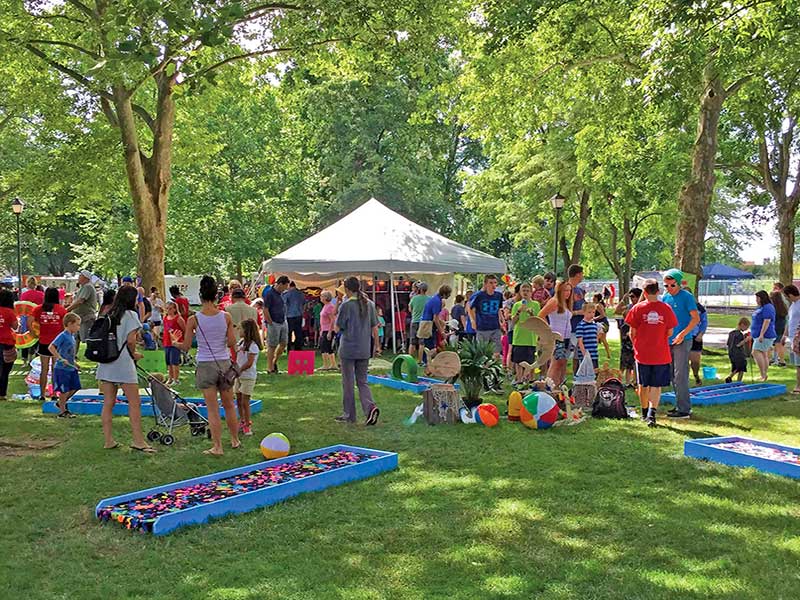 The annual baby parade will step off at 1:45 p.m. This much-anticipated parade definitely earns the prize for the cutest attraction at the Fourth of July celebration each year, as doting parents create their own mini floats with their little ones as the centerpiece of the display. Registration will begin at 12:30 p.m.

As if the Independence Day celebration wasn’t Americana enough, organizers have added a Bluegrass Festival from 1 to 4 p.m. The bands Colebrook Road and The Dirty Grass Players will bring their unique style of American roots music to the band shell.

Live entertainment in the band shell will continue as the Lititz Community Band delights spectators with crowd-pleasing patriotic music. Later, the Mama Tried Band will get the crowd on its feet with popular dance music. Dance performances and soloists will also take the stage leading up to the 75th anniversary of the Queen of Candles Pageant at 8:20 p.m.

The Queen of Candles Pageant began in 1942 as plans for the 100th anniversary of the first candle illumination were being discussed. To draw attention to the centennial celebration, the Arrangements Committee decided that a pageant would be a fitting prelude to the lighting of the candles. And that’s exactly how it’s done today. Following the crowning of the queen, the 175th Grand Illumination will begin, with 7,000 candles set aglow along Lititz Run in Lititz Springs Park.

By the time the candles are lit, the grassy field just outside the park will take on the appearance of an enormous quilt, as blanket after blanket covers the viewing area. Anxious spectators scurry to get a good spot for the big show. This is the part of the event that I have always found very special. When you look around at the sea of blankets, children wearing glow necklaces are playing with other children from the next blanket while their parents chat. Young couples share a blanket on the first of what they hope will become an annual tradition, while others reflect on decades of memories in this very field. People from near and far come together to celebrate our nation’s independence the same way they have been doing for two centuries. 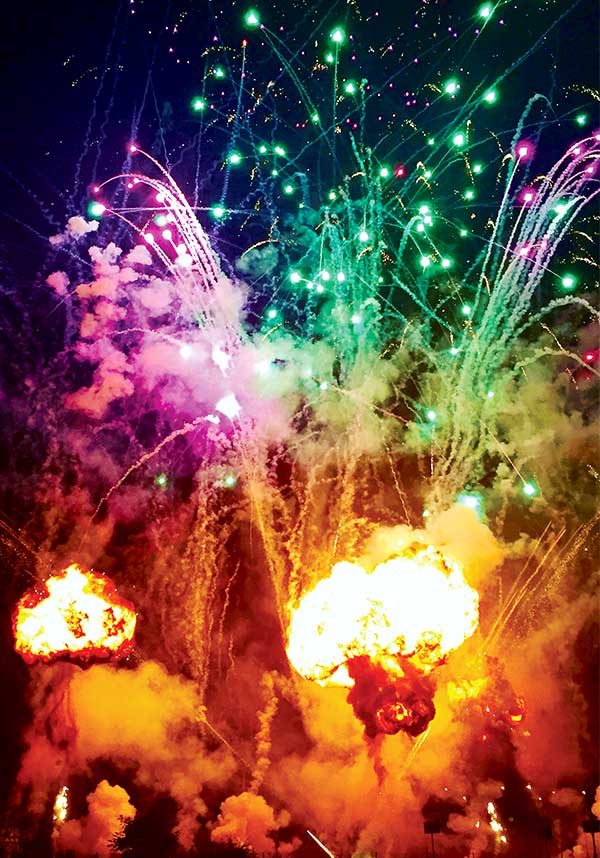 At 8:55 p.m., DJ Ronnie Ramone will entertain the crowd on the viewing field with a dance party. Then, just around 9:55 p.m., the already dimmed lights will go black to a roar of cheers, as thousands of revelers are made aware that the real show is about to begin.

There will be approximately 25 food trucks in the park and several eateries within walking distance.

Go early and spend the entire day. When the fireworks conclude, be patient, as the mass exodus from the park area can take a while.